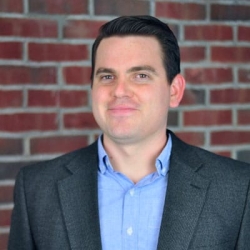 Jason worked at Benzinga for 10 years in a variety of newsroom roles, serving as managing editor from 2016-2022. He’s a graduate of Central Michigan University.

That had been the richly deserved mantra surrounding Detroit’s professional football team for the better part of three decades.

But it didn’t matter to Dan Campbell when he signed up to become the Lions coach before the 2021 season. Campbell, after all, knew that whether you’re a CEO or football coach, the best leaders inspire their teams to go above and beyond their capabilities.

Campbell, in fact, has drawn accolades for his leadership since taking over the Lions. And his decision-making Sunday night in Detroit’s thrilling victory over the archrival Green Bay Packers showcased aspects that every entrepreneur could learn from.

The Lions hired Campbell before the 2021 season, their eighth head coaching hire since 2000. The player- turned-assistant coach came with more bluster than fanfare. During his now-infamous introductory press conference, Campbell spoke about adopting the identity of Detroit.

Biting off kneecaps. That one line drew instant love from the fanbase, as well as providing plenty of fodder for the media.

But in his two seasons at the helm, Campbell has turned the team around. The Lions finished his first season winning three of their final six games. And though that momentum failed to carry over to 2022, the Lions never got down on themselves after starting the season 1-6.

They rebounded to rise to 8-8 going into Sunday night’s game, playing for pride and a chance to knock the Packers out of the playoffs.

The game might as well have been a mini Super Bowl for long-suffering Lions fans.

Up 20-16, the Lions had the ball with just over three minutes left in the game. The final drive showcased key decision-making aspects every entrepreneur could learn from: time management and taking risks.

The Lions picked up 20 yards to start their final drive, and faced a 2nd-and-1 yard situation. The Packers jumped offsides, which would have given the Lions a key first down. But Campbell declined the penalty, bewildering some. Why did he do it? To give his team an extra play and force the opposition to use a crucial time out they were saving. Detroit’s Jamal Williams picked up that one yard the very next play, forcing Green Bay to use call time while the Lions had a fresh set of downs.

The Lions ran nine total plays during the drive, four of which were runs. These runs helped keep the clock moving as every second became more valuable to Green Bay.

Two plays later, the Lions faced 2nd-and-17. Conventional wisdom would say to keep running the ball and thus keep the clock running. Some may decide to throw a safe, short pass. So what did the Lions call? A trick play. A bubble screen hook-and-ladder pass-and-catch that caught everybody off guard and netted 14 yards.

Two plays later, with just over a minute remaining, the Lions faced 4th-and-1. They could have kicked a field goal, which would give them a 23-16 lead, a score the Packers could still tie or overtake once they got the ball back.

The Lions could have kept pounding the run. Instead, they let quarterback Jared Goff find receiver DJ Chark for nine yards to seal the victory. Goff and the Lions passing game has been one of the best in the NFL this season. Why not put the game in the hands of your Man of the Year?

Time management. Risk versus reward. This drive was an amalgam of Campbell’s brief tenure as Detroit’s head coach, one that has quickly endeared himself to his players and fans.

Before the season started, Campbell was asked what the word “grit” means to him:

Whether you’re a football coach or an entrepreneur with the next great idea, leaders put their teams in the best position to succeed. The victory just may come a little later than you expect.