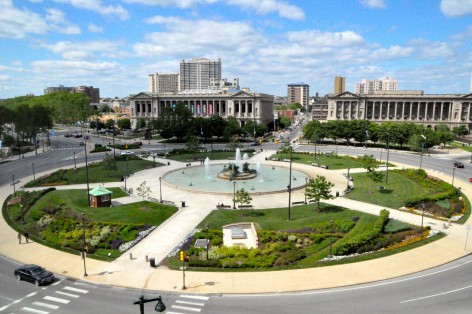 In what sounds like something from a George Orwell novel, we now know that Twitter, one of the world’s major social media companies, repeatedly labeled factual information about the novel coronavirus and pandemic as misinformation.

This practice, as it were, left researchers, scientists, doctors, and health officials who were attempting to warn the general public about the dangers of the virus with posts that were flagged as misinformation and accounts that were suspended.

This unfortunate practice was first reported by the Washington Post on Thursday.

Twitter’s messages to affected users were short and to the point and did not express any regret over the errors.

“We’ve determined that the Tweet(s) is not in violation of our Covid-19 Misleading Information Policy that therefore your account should be restored to full functionality,” one message to a user read.  “We sincerely apologize for any inconvenience and hope to see you back on Twitter soon.”

To a pandemic-weary public, social media such as Twitter may be one of the best avenues for health officials and scientists to update the public, but the damage that such incorrect labeling can do cannot be undone easily.

In other news we cover today, the death toll in the United Kingdom from the pandemic this summer has doubled and Senate candidate Mehmet Oz was found to have pushed top Trump administration officials to authorize the use of hydroxychloroquine to treat Covid.

Here’s a look at what has taken place over the past 24 hours.

Long Covid is causing between two to four million Americans to remain out of the workforce, according to a new report from the Brookings Institution released Wednesday.  The report estimates that the inability to work translates to approximately $170 billion a year in lost wages.

Mehmet Oz, the Republican candidate for the Senate in Pennsylvania, repeatedly e-mailed top officials in the Trump administration in the early days of the pandemic, telling them to push hydroxychloroquine, a malaria drug that is ineffective for Covid, to treat the coronavirus.  Oz cited data from a now disgraced French researcher.  The messages were revealed Wednesday in a report from the House select subcommittee on the coronavirus pandemic.

The report also claimed that senior White House officials tried to pressure the U.S. Food and Drug Administration to bend its safety rules in order to get approval for coronavirus vaccines prior to election day in 2020.

Meanwhile, as schools in some parts of the country open their doors to pupils, a report has found that some students are still dealing with consequences of the pandemic including school shutdowns and remote learning, which reportedly have caused an achievement gap that could take several years to overcome.

Finally, First Lady Jill Biden is experiencing a rebound of her Covid infection, a spokesman said.  She is isolating at the Biden’s home in Rehoboth Beach, Delaware.

Twice as many people in the United Kingdom died from Covid this summer compared with 2021, a report released by the Office of National Statistics revealed.  The higher figures were fueled by the two highly transmissible omicron sublineages, BA.4 and BA.5 it said.   The summer figures are in sharp contrast with those earlier in the year, where the death toll was lower than in 2021.

Kitson, a boutique shop in Beverly Hills, is forbidding shoppers to wear face masks regardless of health concerns. The store said it is banning the masks over fears of robbery and violence after smash-and-grab robberies noticeably increased in the city.

Now here are the daily statistics for Thursday, August 25.

As of Thursday morning, the world has recorded 603.7 million Covid-19 cases, an increase of 1 million cases, and 6.48 million deaths, according to Worldometer, a service that tracks such information. In addition, 578.6 million people worldwide have recovered from the virus, an increase of 1.1 million.

The United States reported 174,362 new coronavirus infections on Thursday for the previous day, compared to 105,203  on Wednesday, 120,643  on Tuesday, 8,552 on Monday, and 7,927 on Sunday, according to data from the U.S. Department of Health and Human Services.  The 7-day incidence rate is now 93,073.  Figures for the weekend (reported the following day) are typically 30% to 60% of those posted on weekdays due to a lower number of tests being conducted.

In addition, since the start of the pandemic the United States has, as of Thursday, recorded over 95.7 million cases, a higher figure than any other country, and a death toll of close to 1.07 million. India has the world’s second highest number of officially recorded cases, almost 44.4 million, and a reported death toll of 527,488.

New data from Russia’s Rosstat state statistics service showed at the end of May that the number of Covid or Covid-related deaths since the start of the pandemic there in April 2020 is now 820,307, giving the country the world’s second highest pandemic-related death toll, behind the United States.  Rosstat reported that 4,991 people died from the coronavirus or related causes in June, down from 7,008 in May and from 11,583 in April.

Germany is in the number five slot with over 31.9 million cases.

The other three countries with total case figures over the 20 million mark are the United Kingdom, with almost 23.5 million cases, in sixth position, South Korea, with 22.7  million cases, placing it in the number seven slot, and Italy, with 21.7 million, as number eight.

Starting on June 13, 2022, the CDC began to update vaccine data on a weekly basis and publish the updated information on Thursdays by 8 p.m. EDT, a statement on the agency’s website said.

Some 67.5% of the world population has received at least one dose of coronavirus vaccine by Thursday, according to Our World in Data, an online scientific publication that tracks such information.  So far, 12.51 billion doses of the vaccine have been administered on a global basis and 4.51 million doses are now administered each day.

Meanwhile, only 20.7% of people in low-income countries have received one dose, while in countries such as Canada, China, Denmark, France, Italy, the United Kingdom, and the United States, at least 75% of the population has received at least one dose of vaccine.

Only a handful of the world’s poorest countries – Bangladesh, Bhutan, Cambodia and Nepal – have reached the 70% mark in vaccinations. Many countries, however, are under 20% and, in countries such as Haiti, Senegal, and Tanzania, for example, vaccination rates remain in the single digits, if not lower.

In addition, North Korea and Eritrea are now the only two countries in the world that have not administered vaccines.